Wine And Queens Throughout History

Wine And Queens Throughout History 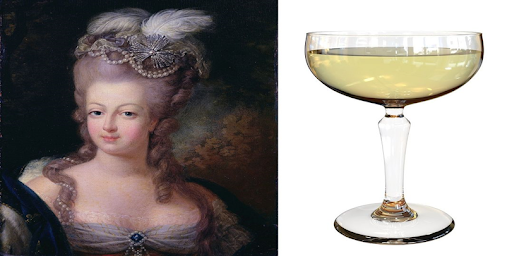 Marie-Antoinette was a member of the royal dynasty of Austria from birth. She left her kingdom to wed Louis, who would eventually become King Louis XVI of France. Throughout her early life, she was fond of theatre, entertainment, and the arts. Marie-Antoinette’s marriage to King Louis XVI constituted a union of ruling dynasties in a period of political tension. At age 15, she got married, and four years later, she was proclaimed queen of France.

Her extravagant expenses and the lavish lifestyle she adopted was one of the reasons the French turned on her in the wake of food shortages and high taxation. Marie Antoinette fell head over heels with Champagne wine during the era of the French aristocracy.

Nonetheless, the contribution of Marie-Antoinette to wine and the wine industry cannot go unnoticed. The shallow bowl-shaped champagne glass (French Coupe), which was popular in the 19th century, is said to have been inspired by Marie-Antoinette’s bosom according to folklore[1].

At the time, an “original model” existed, which was preserved at the museum of France and formed the basis of all coupe glasses. Marie Antoinette’s Champagne model was an improvement on the bowl-shaped glass designed by Marquis de Saint-Evremond (1613–1703). 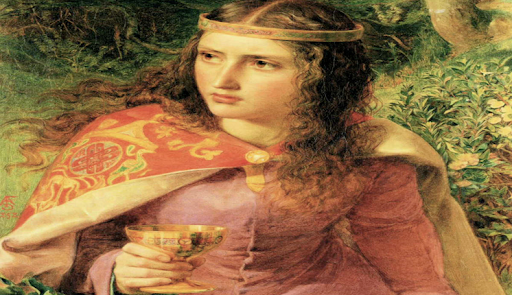 Eleanor of Aquitaine is widely referred to as the queen who taught the English how to drink. She was one of the most powerful and influential female figures of the Middle Ages. Besides contributing significantly to wine and winemaking Eleanor of Aquitaine was known for her long life.

In a period where the majority of people died at an average age of 40, Eleanor of Aquitaine lived to 82 years old.[2] Eleanor received one of France’s largest territories and a significant wine exporter when she was 15 years old. William the Tenth, the Duke of Aquitaine, had no sons to inherit his wealth and extensive possessions, therefore Eleanor, his daughter inherited everything.[3]

Before his death, he arranged the marriage of his daughter to Louis VII. The marriage between Eleanor and Louis VII was not successful, and they divorced shortly after. Eleanor instead turned to the future heir of the crown of England, Henry Plantagenet. For several years, Henry and Eleanor lived a happy life.

While in Britain, Eleanor gave birth to three daughters and five sons. She also brought wine to the English Royal Court, specifically Bordeaux, also called Claret. More wine than ever before was brought into Britain during her time as queen of England.[4] Eleanor played a central role in promoting the wines of Bordeaux.

From 1542 until she was forced to surrender her throne in 1567, Mary Queen of Scots—also known as Mary I of Scotland or Mary Stuart ruled Scotland as monarch. Mary’s early years were mostly spent in France. At 15, she married the Dauphin of France, France II. The couple went on to become the King and Queen of France. Unfortunately, her husband, Francis II, died of an infection, forcing Queen Mary to return to Scotland.

Although the reign of Mary Queen of Scots was short-lived, she remains one of the most famous French and Scottish Monarchs. She was the mother to James I of England, who succeeded Queen Elizabeth I when she died. It is rumored that Mary Queen of Scots would not bathe in regular water; instead, she used to bathe in sweet white wine as she believed it was good for her complexion.[5]

Although she wouldn’t touch a drop of wine for drinking, she preferred having her wine stores poured into her bathtub in an attempt to make herself look more beautiful and paler. Her tiny residence was at the Holyrood House’s outskirts, where Mary Queen of Scot would take her boozy bath. Just like Elizabeth Bathory who supposedly used to bathe in the blood of virgins, the strange gossip of Mary Queen of Scot’s wine baths have been passed down through the ages.[6]

Isabella I of Castile

Isabella I was the Queen of Castile from 1474 until she died in 1504. Her husband, King Ferdinand II of Aragon, reigned over a dynastically-unified Spain. Isabella became the queen of Aragon after Ferdinand II ascended to the throne in 1479.[7]

Isabella’s reign played a central role in bringing about stability in Spain, thereby facilitating the growth of the Spanish Wine Industry.[8] Historically, the Spanish Wine Industry was slow to launch, despite early inhabitants of the Iberian Peninsula domesticating grape and producing wine. The Phoenicians planted the initial vines in Southern Spain in 1100 B.C. From the 700s to the late 1400s, the Iberian Peninsula was under Moorish rule.[9] 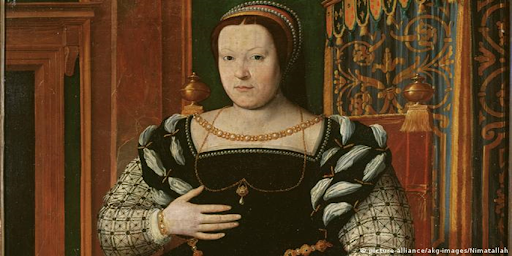 Catherine de’ Medici was an Italian noblewoman born into the powerful Medici family. She became the Queen of France from 1547–1559 through marriage to King Henry II. Catherine was a mother to French Kings, including King Francis II, Henry III, and Charles the IX.[11]

The years in which Catherine’s children reigned over England are known as “the age of Catherine de’ Medici.” Her influence on France’s politics was significant. Catherine Medici’s family was wealthy, eating and drinking well. As an heir to the powerful Medici family from Florence, Catherine became part of the strategic alliance between Italy and France.[12] Apart from active life at the Court of France and the birth of her children, Catherine also looked after her vines, dealing with the vast domain of the Chaumont-sur-Loire.

Catherine also expanded the vineyards around her estate which is now famously known as an AOC wine called, Touraine Chenonceaux.[13] During her reign, she organized several parties at the Chateau of Chenonceau, including the naked breast ball, organized in 1577, that involved more than 60 beautiful women draped with transparent veils.

Catherine took a special interest in the Carmignano wine region.[14] She actively encouraged the improvement of its quality. In the 1600s, Catherine brought the Cabernet to Italy and planted it in the Carmignano. To this date, the grape is referred to as the “Uva Francesca”, the “French Grape.” Currently, the Carmignano is Italy’s official designation. It makes a dark rich and intense red from a super-dark Sangiovese plus Cabernet and Merlot. This type of wine requires long aging in the bottle and barrel. The legacy of Catherine de’ Medici in wine and winemaking remains significant to the modern day. 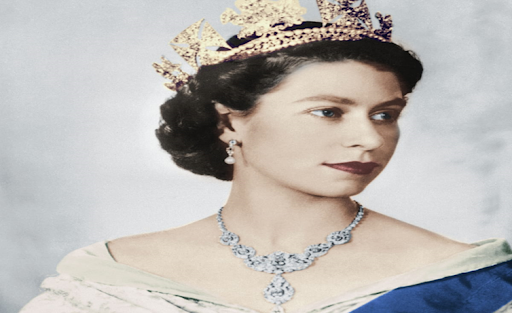 Queen Elizabeth II was born on April 21, 1926. She was the Queen of England and 14 other Commonwealth realms until her death on September 8, 2022. She was the first child born to the Duke and Duchess of York in Mayfair, London (King George the VI and Queen Elizabeth).

Her father ascended to the throne in 1936 following the death of his brother King Edward VIII, making Queen Elizabeth the presumptive heir.[15] Her father died in 1952. By then, Elizabeth was only 25 years old. She was then appointed the Queen Regnant of the seven Commonwealth countries.

Elizabeth II effectively executed her duties as queen. Despite her formal achievement as the Queen of England, the queen has also ventured into winemaking[16]. Her contribution to the wine industry is significant as she made sparkling wine with grapes grown in Windsor, England. A wine merchant in Berkshire County, United Kingdom, was given permission to grow a vineyard at the Windsor Great Park in 2011 next to the Queens Windsor Castle residence. The merchant, Laithwaite’s wine, wanted to create wine from the grape grown at the Royal Park.

[5] Lodge, Edmund. Illustrations of British History, Biography, and Manners, in the Reigns of Henry VIII, Edward VI, Mary, Elizabeth, & James I: Exhibited in a Series of Original Papers, Selected from the Mss. of the Noble Families of Howard, Talbot, and Cecil; Containing… a Great Part of the Correspondence of Elizabeth and Her Ministers, with George, Sixth Earl of Shrewsbury, During the Fifteen Years in which Mary, Queen of Scots, Remained in His Custody. Vol. 2. J. Chidley, 1838.

[12] McIlvenna, Una. Scandal and Reputation at the Court of Catherine de Medici. Routledge, 2016.