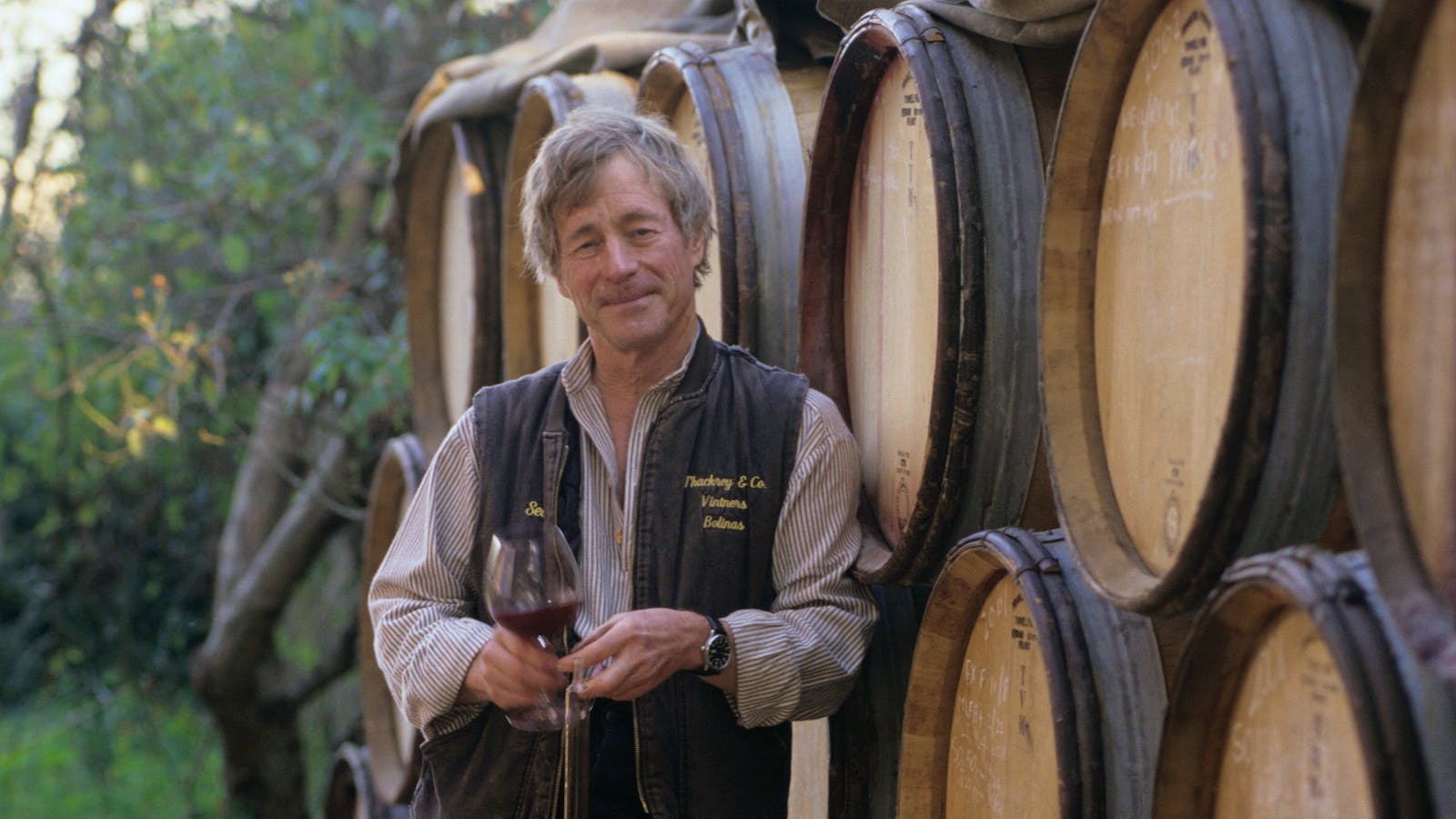 American winemaker Sean Haley Thackrey lived in the Marin County, California community of Bolinas from July 9, 1942, until May 30, 2022. He ran an art gallery before he started creating wine. Thackrey has been characterized as an unusual winemaker who made ground-breaking contributions to the promotion of California Syrah. After living in Berkeley and San Francisco for a while, Thackrey returned to Bolinas in 1977. After doing preliminary winemaking tests using Cabernet Sauvignon grapes obtained from the Fay Vineyard in the Napa Valley, Thackrey established the winery Thackrey & Co. in 1981 and became a bonded winemaker. Thackrey took extension classes at the University of California, Davis College of Agricultural and Environmental Sciences while claiming he had little use for the scientific approach to winemaking because of some early Lactobacillus issues. Thackrey frequently used the unusual method of letting grapes “rest” for at least 24 hours outside, fermenting beneath the stars. He obtained his fruit from grape growers in the Napa Valley, Marin County, and Mendocino.