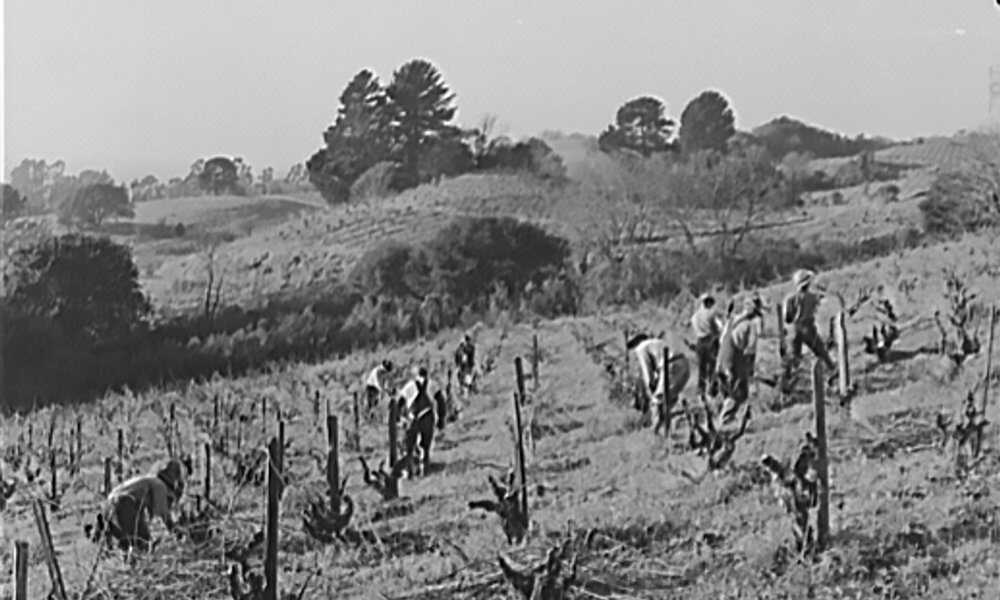 Horticulturist Henderson Luelling, who arrived in the territory via the Oregon Trail, planted the first grapes in the Oregon Territory in 1847. Several years before the state was constituted in 1859, Peter Britt founded the first known vineyard, Valley View Vineyard, in Jacksonville (in what is now the Rogue Valley AVA). French immigrant Jean Mathiot, who established in Butteville in 1853, possibly planted the first substantial vineyards in the Willamette Valley. In 1858, he started growing grapes, and in 1859, the Oregon Statesman Journal reported that he had the biggest vineyard in the State. 11,800 liters of wine were produced in Oregon in the first census, which was conducted in 1860. (2,600 gallons).