The Titanic has the Oldest Wine Cellar in the World

The Titanic has the oldest wine cellar in the world

The RMS Titanic, the world’s largest passenger liner at the time, sank in 1912 after colliding with an iceberg in the Atlantic Ocean. More than 700 people died during this tragedy. A deep-sea exploration vehicle discovered the shipwreck in 1985. Further expeditions took place in June 2003 funded by The National Oceanic and Atmospheric Administration. Scientists returned to the site to explore what had remained of the Titanic’s historical and cultural significance. Most notably is the apparent wine cellar, the oldest in the world.

In 1985, a joint French-American expedition located the sunken ship at approximately 12,500 feet (3,800 m) below sea level. Since then, the area around it is sealed off to prevent looting and preserve the wreck the area. The Titanic was not just a British ship; it was also a floating wine cellar. The passengers and crew of the famous liner had access to the best French wines of the time, some of which are bottled today. 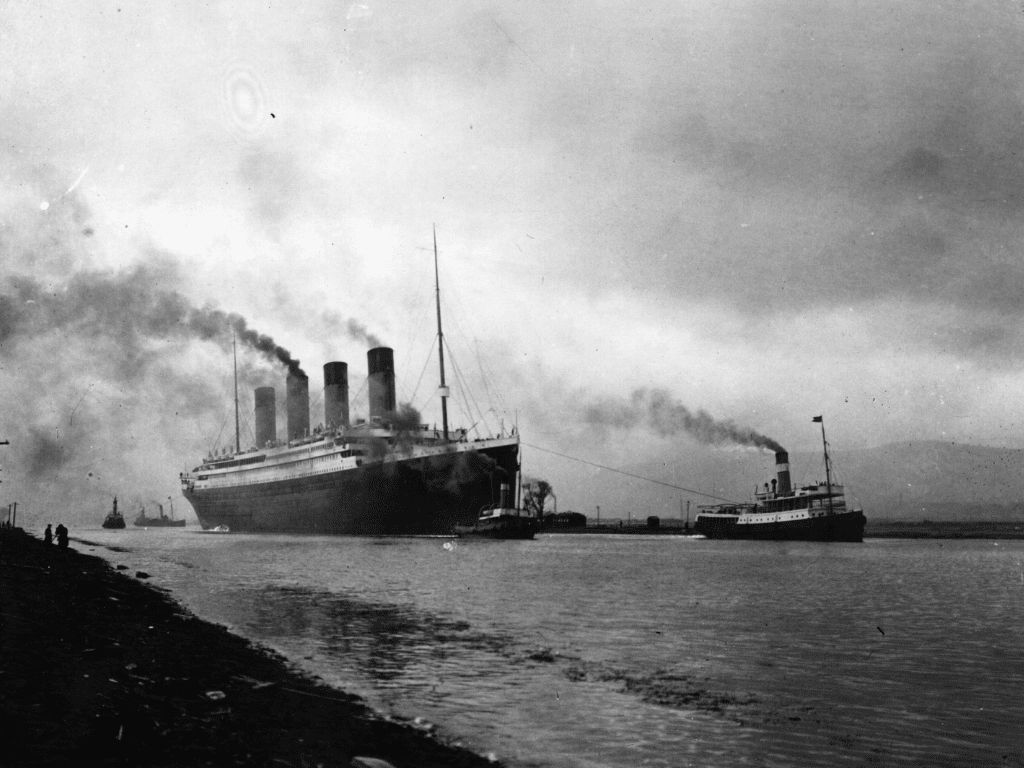 More than on any other ship, there were over 1,500 bottles of wine on the Titanic. In fact, oceanographers found many of these bottles still mostly intact and drinkable after nearly 100 years underwater. This resulted in a fascinating study about the effects of temperature change on aging wines and how long it takes for things like labels to disintegrate when exposed to extreme heat or cold temperatures over time.

The wine was on board for just nine days before it sank. They found mostly red wines and some whites. Some were rare fine wines that would have been expensive and likely had high-quality ratings for their time.

In a study led by Philippe Jeandet, a professor of food biochemistry at the University of Reims, Champagne-Ardenne in France, researchers analyzed the chemical composition of the wine from the shipwreck and compared it to that of modern Champagne.

Unexpectedly, “we found that the chemical composition of this 170-year-old Champagne … was very similar to the composition of modern Champagne,” Jeandet told Live Science. However, there were a few notable differences, “especially with regard to the sugar content of the wine,” he said.

Engravings on the part of the cork touching the wine suggest it was produced by the French Champagne houses Veuve Clicquot Ponsardin, Heidsieck, and Juglar, the researchers said. Consequently, this study provides valuable insight into how Champagne has changed – or not changed – over the past two centuries.

They found the oldest bottle in a submerged wooden crate. It is believed to be from 1887, making it at least 125 years old—one of the oldest wines ever discovered in any shipwreck. Other bottles recovered date back to as early as 1886.

Even though the Titanic might be the oldest wine cellar in the world, some of the wine may still be drinkable. Improperly storing wine in temperatures too hot or too cold or increased oxygen exposure over time can make wine go bad. Other factors can affect the quality of your vintage too. However, scientists at UC Davis developed an easy test to tell whether or not a bottle of old wine is safe and ready for consumption. They used their method recently on some of the Titanic survivors from 1912.

The oldest wine bottle and cellar in the world

The alcohol in the wine preserved each bottle, making them drinkable today. However, this wine is more than just a valuable antique—these vintages are medicinal as well! Since they are so old, we might learn more about how people lived during that time by testing their contents. It turns out that many types of bacteria, some good and some bad, get into our food over time. With the proper research into microbiological testing techniques, one may find new ways of making sure their food remains safe without having to use preservatives or chemicals.

April 14-15, 1912: The passengers of the ill-fated RMS Titanic were unaware that they were heading to their demise, but over 100 years later, their chilling story still resonates. The Titanic’s passengers never knew that they would create a Guinness World Record almost a century later when researchers stumbled upon the ship’s cold and dark wine cellar.

June 30, 1942: Dr. Robert Ballard was born. He made one of the most important archaeological discoveries in world history by discovering the wreckage of the Titanic.

December 27, 1822: Louis Pasteur was born. The French chemist provided the most well-known contributions to the wine world. He is best known for developing a process called pasteurization in the 1860s. The process preserves foods and wine, such as champagne, orange juice, and even beer.

Categories: This Day in Wine History | ArticlesTags: oldest wine cellar in the world, Titanic ship, Wine cellar in Titanic, Worth of the winesBy Staff WritersPublished On: August 23, 2022