The Laws of Wine Drinking According to the Hammurabi Code

The Laws of Wine Drinking According to the Hammurabi Code

The Code of Hammurabi is not a single law code but a collection of laws from different periods of Babylonian history covering various topics, including wine drinking.

King Hammurabi, also known as Hammurapi, was the sixth king of the First Babylonian Dynasty, reigning from 1894 BC to 1595 BC and belonging to the Amorite tribe[1].

His law code, one of the first surviving examples of the type, is what made him most famous. Hammurabi’s code was written on a black-stone stele[2] and placed in a public place to be accessible to everyone. Hammurabi was born in Babylon, the capital city of the ancient Babylonian Empire, present-day Iraq. Therefore, he established Babylon as the capital of his empire, a state of ancient Mesopotamia[3]. Babylon was an important city in the ancient world during his reign; it reached the height of its glory during this period.

The Code of Hammurabi

The well-preserved Babylonian legal system known as the Code of Hammurabi, which King Hammurabi wrote, dates back to around 1755 BCE[4]. In fact, it was the first written legal code in the world. As one of the earliest decoded documents, the Code has 282 laws. They carved Hammurabi’s code of laws on a diorite or basalt stone (Tulika Bahadur, 2015). It was written from 1755 to 1750 BC[5] by King Hammurabi himself.

Hammurabi’s 282 laws are divided into different categories. They wrote the laws in cuneiform script on a seven-foot-tall stele (an upright pillar). The laws were originally written in Akkadian and later translated into the Sumerian language[6]. Hammurabi’s Code was effective because it was based on justice and fairness for all people, even the poor and powerless. Because the laws were engraved on a large stone slab, they were very durable and could last for thousands of years without being destroyed or damaged by natural forces like fire or water damage like paper documents or books. Various replicas of the Hammurabi code have been formulated to this day. 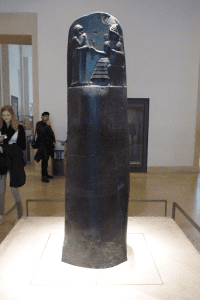 Hammurabi’s Law Code was founded in Susa[8], Iran (one of the cities of the ancient Near East) in 1901 by a French orientalist named Jean-Vincent Scheil[9]. The original tablets are now in the Louvre Museum in Paris, France. Although it is incomplete, damaged, and does not cover all laws of the time, the Code remains one of the most extensive collections of laws from ancient Mesopotamia. In fact, it is a reference for current legal codes.

The laws punished people based on their social class. The Code of Hammurabi contained both civil and criminal laws and dealt with commercial transactions involving sales and purchases but also included provisions that relate to family matters, such as betrothal and marriage, divorce, adoption, and inheritance as well as criminal issues such as murder or assault, legal procedure, and religious practices such as purification ceremonies. There are also sections concerning agriculture, tax law, and land tenure.

Hammurabi’s Code is one of the ancient laws of the world. But it does not have laws 13 and 66-69[10]. Laws 108, 109, 110, and 111 in the Code of Hammurabi mention the topic of wine drinking[11]. In the Hammurabi code, there are laws against selling wine to a woman, slave, or child. Some laws contained in the Hammurabi code about wine and drunkenness were more lenient than others. These laws are:

Other Laws in the Hammurabi Code

The Code is one of the oldest examples of law in human history. Scholars have used it to compare how ancient civilizations dealt with legal issues, with scaled punishments, adjusting “an eye for an eye,” characteristic of the set of laws.

According to the Hammurabi law, anyone caught committing robbery is executed. Additionally, if someone takes sheep or cattle, they must make a thirtyfold payment, a twentyfold payment if they belong to a deity or the court, and a death sentence if they have no money to make the payment.

When someone finds something of theirs in the possession of someone else who says they bought it from a merchant, the original owner needs to prove it is theirs. To prove it is theirs, they must bring the merchant, merchant’s son, and three other persons as witnesses before God (on oath), that he bought it openly in the money market. If he fails in bringing these witnesses, then he who has bought it shall produce before God similar witnesses in his favor (on oath).

If a man gave his neighbor silver and gold, he could not take it back (Law 1). When a man puts out another man’s eye, his eye would be put out (Law 24). If a wife left her husband because he was too poor, she had to return all property divided during the marriage (Law 41)[12].

Punishments in the Hammurabi code

Hammurabi’s Code included harsh penalties for crimes such as stealing from temples or palaces, but most punishments were not much more severe than fines paid to the victim or his family. The Code also included provisions for slavery, including debt slavery and punishment for slaves who struck their masters or ran away from their masters’ houses. These punishments varied depending on what type of person committed the crime. The rich were able to buy off crimes that an average person would have received a harsher punishment for committing. The poor were less likely to receive justice because they had no money to pay for their crimes or fines.

April 29, 1759: John Adlum, known as the father of viticulture, was born. He was also a farmer and surveyor from York, Pennsylvania. He is best known for his role in developing the Catawba grape, one of the most successful grapes for making wine in the US, and for serving in the American Revolutionary War[13].

March 8, 1927: On this day, Helmut Becker was born. He was one of the most prominent figures in modern viticulture and winemaking, who has promoted the globalization of the wine industry by breeding grape varieties that can grow anywhere like Saphira, Rondo, Prinzipal, and Dakapo, which are all very successful in their respective countries[14].

February 7, 1802: James Busby was born. He was an Australian explorer, viticulturist, pioneer of the Australian wine industry, and a promising figure in Australia’s early history. Born in Scotland in 1802, he became a British Resident of New Zealand in 1833[15]. 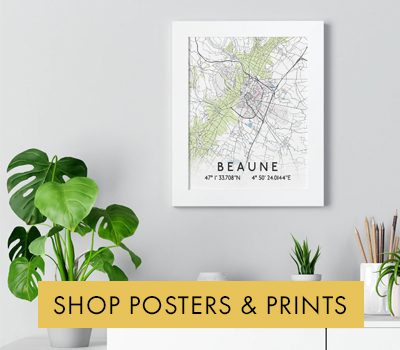